Cheers everyone! Thanks for coming to our website UniqueNote.in. I know you are very curious about KGF Chapter 2 unknown facts, KGF Chapter 2 full movie review.

In this article, I will let you know about KGF Chapter 2 review by Unique Note. This movie made Indian cinema proud. And why this film is too much popular you must need to know.

Best cinematic scenes or best music production is not only the key to the success of KGF 2. There are many facts that made this movie popular and connect with people. 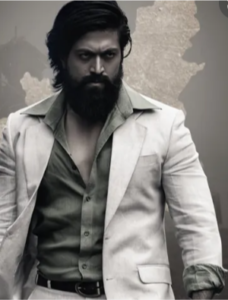 KGF Chapter 1 was released on 21 December 2018. KGF movie is based on gold mining, mysterious stories, a crime thriller film, and a mother’s desire emotion.

When chapter 1 was about to release no one noticed that film so much. Because it was a Kannada industry film and the Kannada film industry wasn’t so popular for true.

KGF movie was a Kannada industry film and Yash was the star cast of it. It was Yash’s first crime thriller movie where he had to put different looks and attitudes than any film he had ever done.

Director and story writer Prashant Neel tried to reach more audiences for the film KGF 1. So, Prashant and his team wanted to promote the films by some popular YouTubers. But there are lots of popular YouTubers at that time and most of them rejected it.

But still, he decided to do the work for Yash and KGF Chapter 1. Now the rest is history you all know. Others who rejected it must be thinking they missed the biggest chance.

But there was the entry of Rocky(The Rocking Star Yash) and everyone was shocked. They send Rocky to kill garuda but here he already took the control of KGF? But the main villain Adheera(Sanjay Dutta) who is the uncle of Garuda aimed again to get back KGF.

After that in 1981, Ramika Sen became the prime minister of India. And everyone thinks that KGF will end. CBI officer was pretty sure that the woman Ramika Sen will be the key to bringing down KGF. But Rocky has some other plan and he cleared KGF and took all the gold with him.